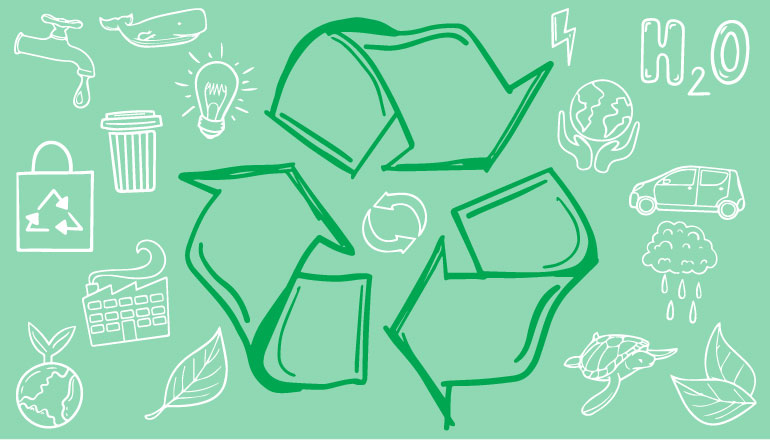 City Council voted unanimously at the May 11, 2020 Regular City Council Meeting to discontinue the City’s Recycling Program starting the week of June 8, 2020. This decision was made to avoid an increase in our monthly recycling charges to our citizens because of changes in the market for recyclables and the amount of trash contaminates that are put in the recycle bins which result in additional charges to dump these contaminated loads in the landfill.

The City has tried to inform all of our citizens on what is acceptable to recycle through pamphlets, monthly letters and on social media. This effort did not make a major impact of curbing contaminates being put in our recycle bins. The City also setup a Citizen Opinion Survey to collect feedback from citizens on whether to continue our recycling program. Read the section below titled What Changed with Recycling? to learn more. The City will continue to assess conditions that would allow the program to be reinstated in the future.

During the week of June 8, 2020 Waste Pro will pick up all recycling cans. PLEASE PLACE YOUR RECYCLING CAN(S) OUT TO BE PICKED UP DURING THE WEEK OF JUNE 8, 2020. Pick up will occur during this week on your regular pickup day.

If you are interested in paying for an additional trash can, please call customer service at (704) 629-5542 or complete the request form below.  Please note that additional waste placed beside of your can will NOT be picked up.  All trash must be in your can for pickup.

* The Citizen Opinion Survey was not a scientific survey nor did this survey use any statistically approved sampling methods.  The survey was open to the public and merely reflects the opinions of those that participated.  Multiple sets of perspectives and data were used to conclude the decision made by City Council.

Where Can I Recycle Now?

If you choose to continue to recycling, please visit one of Gaston County’s Recycling Centers.  Click Here for more information.

What Changed With Recycling?

The movement to urge Americans to recycle the products they use rather than simply toss them in the garbage has been one of the most successful public relations campaigns ever launched in the country. In Bessemer City, we have operated our curbside recycling program for over 7 years. Recyclables were considered a commodity, or a good that can be sold. 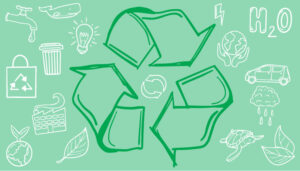 However, due to a change in the market in 2018, curbside-recycling programs began to experience some instability and a decrease in the demand for recyclable materials. Prior to 2018, about a third of the scrap recycled in the United States was exported, and China was always the biggest buyer. However, China grew more frustrated from getting bales that were riddled with contaminants, and began insisting on higher-quality bales. Processing countries, such as China and others are no longer purchasing these recyclable materials and handling companies in the US have stockpiled all that they can.  With the rise of COVID 19, the market for recycling has gone almost totally away.

In 2019, WastePro, the City’s recycling contractor, informed the City that pollution within the curbside recycling stream was increasing the cost of disposing of the contaminated material. Thus, forcing Waste-Pro to increase cost associated with recycling, due to likelihood of many contaminated streams. In an effort to combat the increased cost to citizens, the City collaborated with the North Carolina’s Department of Environmental Quality (NCDEQ). NCDEQ provided technical assistance and guidance regarding recycling programs affected by changing market conditions and cost models for recycling. With help from the DEQ, our City was able to focus on educating residents to reduce contamination through infographics in the monthly Utility billing newsletter, downtown LED sign, City website and social media outlets. However, after over a year of education, the curbside recycling streams are still polluted with contaminants and the costs to recycle have skyrocketed.  The city is now faced, as are most communities in the United States to pass on the huge increase of recycling or discontinue the program until such time the market makes recycling economical again.